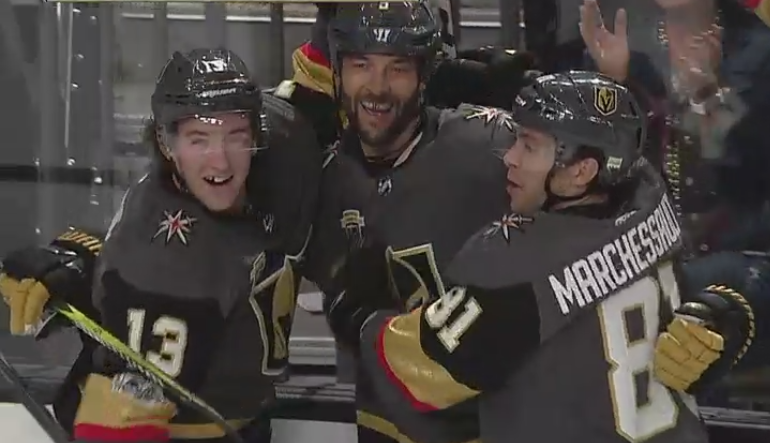 This season has been a long time coming for 23-year-old Brendan Leipsic.  Drafted 89th overall in the 2012 entry draft, Brendan has spent the better part of the last 3 season’s in Toronto’s AHL system.  His numbers during his AHL career and his Junior career have been stellar 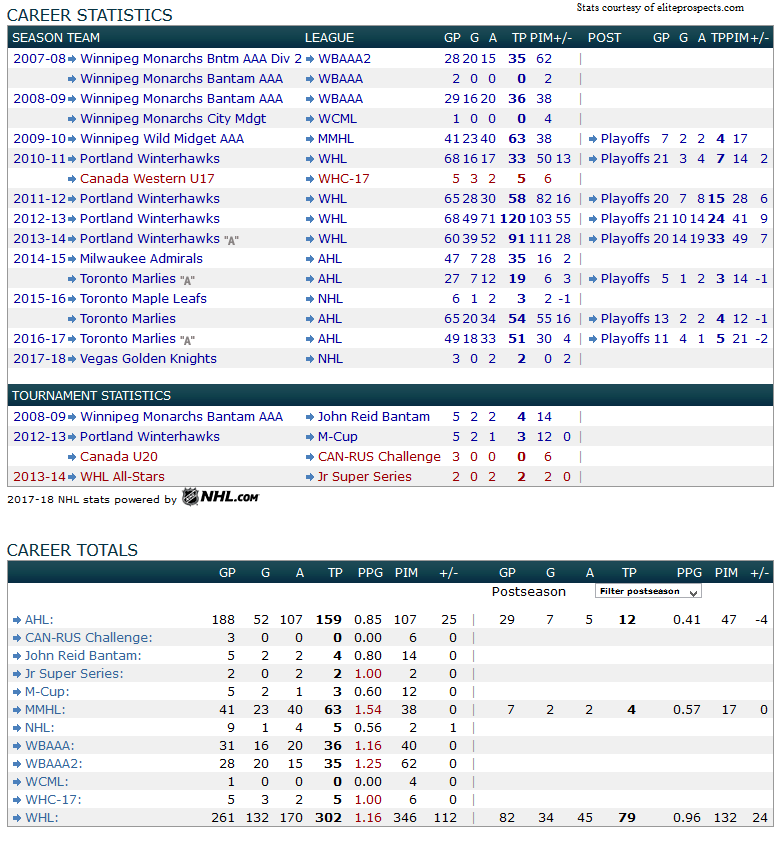 Unfortunately for Leipsic, the Maple Leafs are a team stacked with young talent.  Fellow Toronto prospects Kerby Rychel and Kasperi Kapanen have yet to crack the NHL roster in spite of excellent AHL campaigns.  So it was that in the expansion draft, Leipsic got a new lease on his hockey career and he has made the most of it.

Brendan Leipsic is a player for today’s NHL.  He’s listed at 5’10, 180 pounds.  He has good speed and quick hands but his signature is his tenacity.  Leipsic fits the prototype of the speedy, battler that all teams want.  He has the speed to get to loose pucks, create turnovers and make a play with the puck once he obtains it.  Brendan has also demonstrated good hockey smarts and good vision when on the ice.  Enough so that he has been used predominantly in defensive zone start situations.  His dZS%(defensive zone starts) through his first 3 games is 61.9%.  While only averaging 14:30 per night, he is seeing usage in power play situations.  Big nights like his night in the very first Las Vegas home game, against Arizona, will see to his ice time increasing.

Less than 5 minutes into Vegas’ home opener, he made his presence known.  Brendan pounced on an off target pass headed out of the Arizona zone.  He skates with it, controlling it and makes a move into a scoring position before saucer passing the puck to teammate Derek Engelland.  Engelland was able to blast the puck in giving Vegas a 2-0 lead.

In the 2nd period he catches an outlet pass at the red line and skates in.  Realizing he doesn’t have the fast break, he slows up to wait for assistance.  He cuts across the ice at the circles and just when it looks like he’s played with it too much, he backhand passes to a streaking Oscar Lindberg for a highlight reel quality assist.  It’s really worth watching.

If Brendan Leipsic can build off his home opener performance, he may have finally found himself a real home in the NHL.